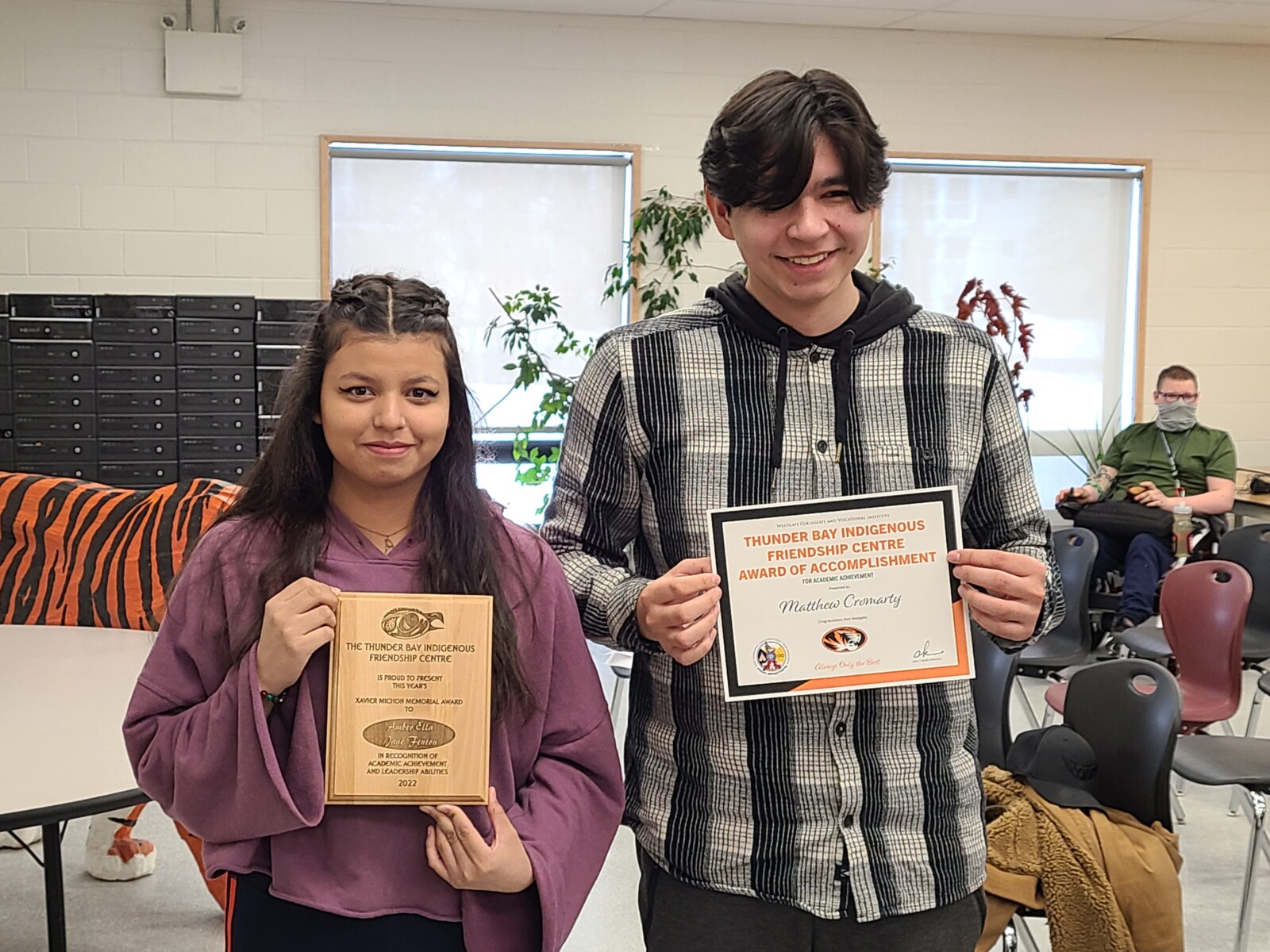 Today, Westgate Collegiate and Vocational Institute hosted students and staff at an award ceremony with members of the Thunder Bay Indigenous Friendship Centre as the community partner presented this year’s winner of the esteemed Xavier Michon Memorial Award. Grade 10 student Amber Fenton was announced as the award recipient in recognition for her academic achievement, leadership abilities, and considerable volunteer experience. Amber Fenton is an athlete on the Westgate CVI Competitive Cheerleading Team and her involvement in the community includes live theatre acting and helping the community build a lodge. The awarding of the Xavier Michon Memorial Award is based on Grade 9 academic success in students who self-identify as First Nations. Amber Fenton’s Grade 9 year saw her reach a final mark of 99% in her Pre-workplace Program General Learning Strategies class.

Amber Fenton has set her path and is looking forward to a fulfilling life interlacing work, art, and serving the community.

“My future goals have to be passing high school, passing college, getting a house, and getting my dream job; anything that includes dancing, acting, music, and helping others. And last but not least, having my own family,” said the award recipient.

Grade 11 student and incoming Indigenous Student Trustee for 2022-2023, Alexa Sagutcheway, was recognized for her recent appointment as next year’s voice of the student body. Alexa Sagutcheway addressed the audience with an inspirational message and noted the importance of celebrating Indigenous youth achievements as that is what continues the line of success.

“It is crucial for Indigenous youth to take on leadership roles because it allows the public to gain a better understanding of the challenges Indigenous youth face, as well as their resilience and accomplishments. It will be an honour to serve as the Indigenous student trustee next year,” said Alexa Sagutcheway.

Coral Klein, principal of Westgate CVI, congratulated the students on their achievements on behalf of staff and thanked them for embodying the school’s motto of Always only the best.

“Achievements don’t happen by accident. They’re the result of dedication and hard work. You are not only very inspiring; you are true role models for your peers,” said Klein.